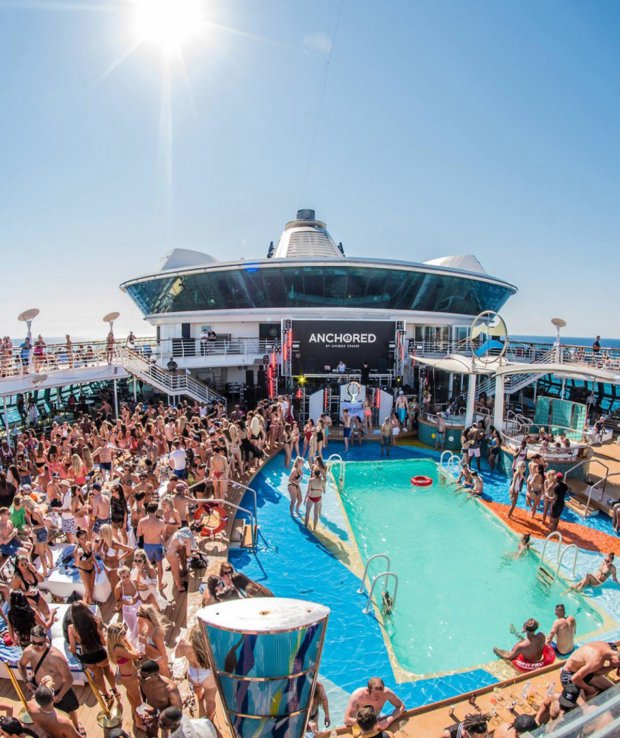 Two wildly hot groups of friends board one of the most luxurious cruise ships in the world for a glamorous competition. For five days they are joining 1,500 party animals for the biggest blow out at sea, stopping off at the Med’s biggest party destinations including Cannes, Ibiza, Palma and Barcelona. The main aim of the week is to convince the other partygoers to vote for them in a week-long popularity contest.

At the end, the group that gets the most votes will win a luxury holiday to beautiful Bali. But it’s not all plain sailing. On board are secret stowaways they thought they’d left at home. Each day the rivals can choose a stowaway to send into the opposition to cause maximum disruption. Will the stowaways help or hinder them in their bid to become popular with their fellow shipmates?

As the ship makes its way round the Med, the teams go head-to-head in physical and mental challenges with the chance to win fantastic upgrades at each destination.

But as the competition heats up, friendships are tested to the limit. Will non-stop partying strengthen them or blow them out of the water?