WANT TO LEARN MORE ABOUT SETTING UP FILMING IN FOREIGN LOCATIONS?

Then join us for an evening with the women behind the award-winning series, Travel Man.

*CONNECT room on the 2nd floor, more details listed below.*

Nicola, Gemma & Jemma will reveal how they work together creatively and practically to ensure everything comes magically together on a shoot. 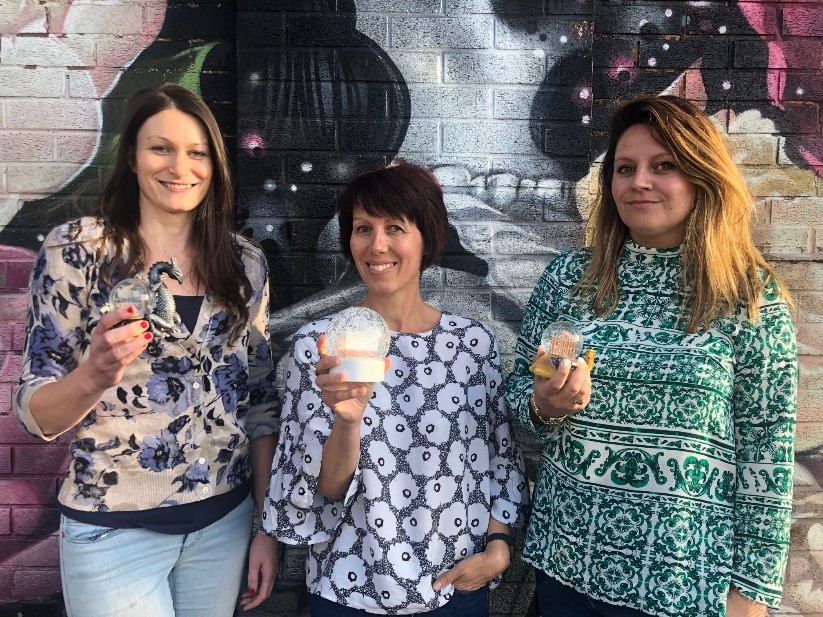 Thanks to Travel Man, Nicola Silk has been on holiday with Jon Hamm, Dawn French and most recently Stephen Merchant. Nicola is an award-winning Producer & Director.  She has produced and directed features, fact ent and docs for BBC1, 2 & 3, ITV and C4  about food, fashion, gardening, antiques, cars, singing, parenting and travel.  Credits include:  Clothes Show, Top Gear, Tracks, British Fashion Awards, What Not to Wear, 10 Years Younger, Supersize Vs Superskinny, Embarrassing Bodies, Gadget Man and many more.

A senior Production Manager with eleven years’ experience managing a variety of primetime factual entertainment programming and content. She works closely with executive/series producers and the editorial teams, bringing their vision to the screen, hiring people for the relevant roles needed and always seeking to ensure maximum on-screen value while remaining within budget. Her enthusiasm for creating great content is balanced by the importance of keeping the team safe, ensuring all legal and insurance requirements are met throughout production and that projects are delivered on time to the appropriate specification.

Gemma works across a portfolio of projects, which include live with audiences (Guy Martin: Wall of Death Live) and studio (The Gadget Show). She has managed budgets of all sizes and has experience on multi-camera shows, both in the UK and abroad. Gemma has worked with numerous high-profile talent having worked on Travel Man & Guy Martin productions, The Gadget Show, Fifth Gear and Superscrimpers to name a few.

Jemma started her TV career at MTV where she was part of a small team setting up and filming live MTV music events across Eastern Europe to raise awareness about the dangers of human trafficking. After various Runner roles in pre and post production Jemma secured a place in the BBC Birmingham talent pool. She worked on most of the shows being produced at the time; Countryfile, To Buy Or Not To Buy, Points of View and Secret Britain, working my way up to Researcher level. Carrying on with the countryside theme Jemma  moved on to become an AP and then Producer with Escape to the Country, Escape to the Continent and Penelope Keith’s Hidden Villages before a dabble in studio producing with Four Rooms and brief stint with the Made in Chelsea gang.

In 2014 Jemma got a call about Travel Man and she has  been with the programme consistently since. In between breaking filming for a few months every year she has Location Produced a number of international Great Canal Journeys, the finale of a huge Channel 4 Spy show in Morocco and been lucky enough to develop ideas for home grown indie Full Fat TV. This summer she has worked on a Guy Martin show in the US and a travelogue show about the Greek Islands for ITV. As a side project she also acts as a fixer for international companies filming in the UK.

Upon arrival there will be signs and staff on hand to help you locate the room. It is easily accessible, with elevators, escalators and stairs. With a car park attached to the 2nd floor, making your walk to the event quick and easy.

Tickets will be accessible to non-members of WFTV. Why not join WFTV membership for just £50 for the year? https://wftv.org.uk/membership/